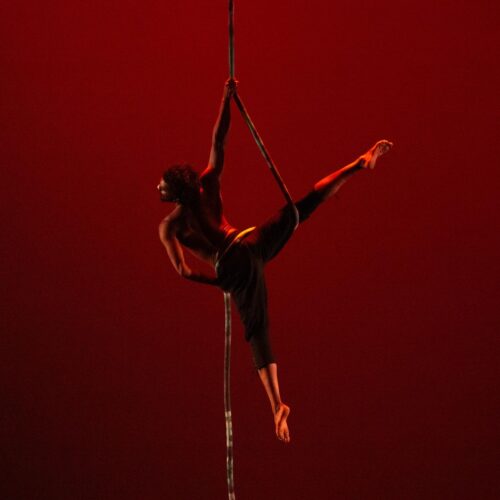 Deon’s early training in decathlon and competitive gymnastics as well as his background in dance prepared him well for a successful career in Circus arts. He first fell in love with Corde Lisse and Straps, and occasionally you will see him perform on aerial pole as well. He’s been commonly seen touring the United States with Troupe Vertigo, Rose City Circus, and Teatro Zinzanni. As a former Aerial Program Director with Emerald City Trapeze Arts he also got a chance to flex his theatrical muscles in various show productions, mentoring several rising circus stars to help them reach their potential