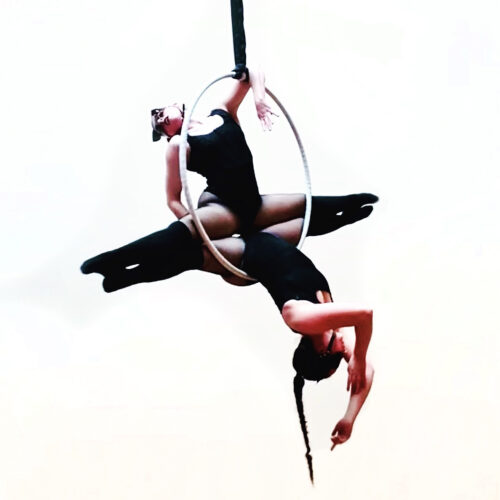 Stephanie Lopes performs duo lyra as one half of Duo Hypnotix. She began flying through the air in 2002. In 2006, Stephanie moved to Los Angeles to train with Sarah and Karen Steben. In 2008 she co-founded Night Flight Aerial & Circus Arts. Stephanie has performed extensively throughout the Pacific Northwest. She has produced and directed numerous theatrical circus shows. She loves creating beauty and transporting audiences through the magic of performance.