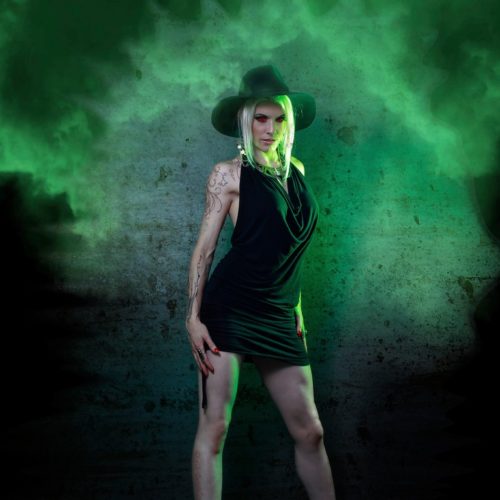 Internationally touring showgirl who calls Portland home, Natasha Riot is a multi disciplined and award winning performer. She is the producer of Burlynomicon, a darkly decadent burlesque and variety show running every 2nd Tuesday at the Lovecraft bar in Portland, as well as producing the campiest series of summer variety shows that the PNW has ever witnessed, aptly named Summer Camp, also at the Lovecraft Bar. Her past life(s) included touring as a featured performer and crew member with the band, Beats Antique, being stage manager and performer with the Hubba Hubba Revue (SF), touring around the world performing and teaching burlesque and bellydance, and living off the land in a remote village while running a dance school in a neighboring town. She could teach you about the engine of your old Toyota pickup while listening to Dokken and subsequently suggesting how you might move your body…and perhaps your mind…more effortlessly through life. She was also the 2017 Queen of the Roses and the 2016 winner of the Keepin’ it Weird award as dubbed by the Oregon Burlesque Festival – as well as being the runner up in both the 2018 Shimmy Showdown (St. Louis) and the 2017 Miss Exotic Oregon competitions.