The Vampire’s Masquerade Ball debuted in 2002 in the former underground Gothic nightclub, The Back Room. The first Vampire’s Masquerade Ball was to celebrate the one-year anniversary of the club and welcomed a crowd of nearly 100. In 2004, The Back Room closed its doors, but the Vampire’s Masquerade Ball was destined to continue. Ownership of the event was turned over to the club’s promoter, Lady Raven, who imagined it on a much grander and more elegant scale, outside of the club-scene. In 2005, Lady Raven presented the 3rd VMB to 300 guests at the Scarlet Ballroom. The evening featured DJs, live performances, vendors, and drew visitors from Seattle, Southern Oregon, and Idaho.

From 2007 – 2018 it was hosted at the historic Melody Ballroom and for over a decade grew to become the incarnation it is today – gorgeous, formal, entertaining, and an overall dazzling night that surpasses all expectations.

In 2019, Lady Raven made the decision to move the event to the Portland Art Museum in the Mark Building. Built in 1925, it was the former Masonic Temple of Oregon and was acquired by the museum in 1992. Over the last decade, the guest count has reached 850+ with attendees arriving from all over North America as well as England, France, New Zealand, Brazil, Colombia, Germany, Norway, Canada, and Japan.

With the ongoing success of the VMB, Lady Raven in 2011 created a sister-event, the Vespertine Winter Ball. While mirroring the VMB in formality, dress code, and scale – the theme is quite different. Think of, “white woodland winter Gothic ball”, in which the caliber of costumes is off the charts with many guests wearing elaborate attire complete with crystal crowns and horned/antlered headpieces. The colors of the evening are white/blue/silver. The Vespertine Winter Ball is held every December, with the exception of 2019 when the ceiling to the Mark Building was under repair.

The VMB has continued to grow and flourish under Lady Raven’s direction and will continue to do so for many more years to come! 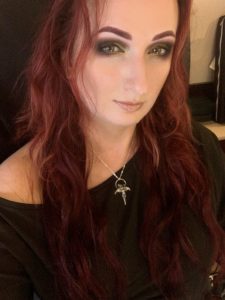 Lady Raven moved to Portland in 1998 to attend Portland State University where she earned a Bachelor’s in Art. While the initial plan was to move after graduation, she found herself in love with Portland and it’s local Gothic, alternative, and sub-cultural communities. She was the promoter of the Vampire’s Masquerade Ball in 2002 and 2003, before acquiring sole ownership of the event in 2004. In 2010 she completed the MBA program at Marylhurst University with a Master’s Degree in General Business Management and now works full time as a Senior Program Manager of Events in the Tech Industry. In 2011 she went on to create her 2nd large-scale event, the Vespertine Winter Ball, which will celebrate its 8th year in December, 2020. 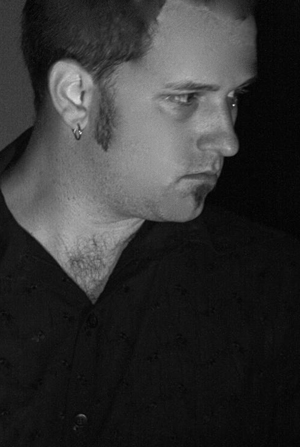 Andrew Hansen has served on both sides of the stage on three continents and numerous countries for the last 20 years. Andrew left Portland in the 90’s and put on performances of music, art, theater and dance while based in Tokyo as well as performed in South East Asia. Moving to London he started Sonic Alchemy where he performed in European clubs and venues. Returning to Portland he performed with projects like Lava deMure, Julian Tulip’s Licorice, Autism and Stalking Jane. These groups headlined a wide variety of shows that ranged from the Northwest’s largest fetish events to the Oregon Country Fair. These projects have also opened up for bands as diverse as Sol Invictus and IAMX. Andrew has also joined touring acts like Attrition on keyboards. Andrew’s support of the Arts continues as a Master of Ceremonies for fashion shows and other numerous events. As a Stage Manager he facilitated large events and theatrical presentations like Bogville, Vampires Masquerade Ball and many of the shows for Convergence 13. Technically Andrew has also designed lighting shows for acts like Soriah and provided sound design for organizations like Portland’s Wanderlust Circus, 2gyrlz Enteractive Language Festival, and Convergence 13.