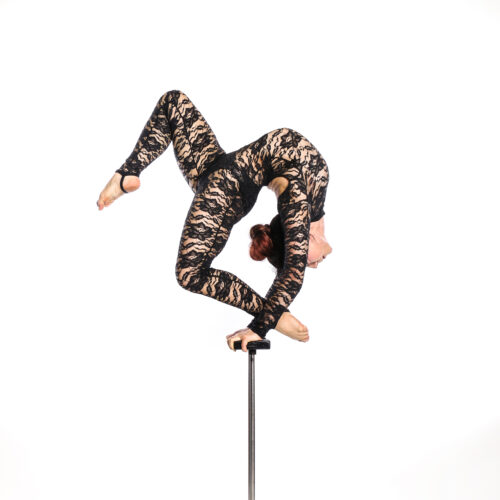 Brittany Walsh, a.k.a. AcroBritt, is a Guinness world record holder in acrobatic archery and has appeared on The Late Show with David Letterman. Ripley’s Believe It Or Not featured an article about her in their book: Shatter Your Senses! Ripley’s has also created a life-size wax statue of Brittany to be displayed at its numerous museums around the world. Brittany began circus in 2005 and toured and performed with Do Jump! Extremely Physical Theatre for over 7 years. Since then she has primarily worked as a solo hand balancing artist, traveling and entertaining audiences all across the globe, including places such as Dubai, Germany, Finland, and Hong Kong. The New York Times has described her act as ‘exciting, fun, and beautiful.’